Sardinia, what to see in San Pietro Island: two-day itinerary

We had never been to Sardinia before. For this first time, we decided to concentrate our visit in the southwest.

It came then natural to include a couple of days to stay on the San Pietro Island in our itinerary.

The trip was organized entirely by ourselves; fixed the dates, planned the itinerary and purchased the flight tickets on the airline’s website, we just had to rent the car and found the best accommodation for our needs.

San Pietro, together with Sant’Antioco, is located a few miles south-west of the Sardinia coast.

The area is particularly suitable for family holydays with children and slow tourism, food and outdoor lovers.

In addition to the sea and the beaches it offers a wide range of outdoor activities such as walking, trekking and bike rides.

If you are wondering what to see in San Pietro Island, here below we are going to present a two-day itinerary (one full day and two half days).

You will also find some practical tips and useful information to better arrange the visit.

How to get on the Island of San Pietro

In order to get to the Island of San Pietro we took the ferries of the Delcomar Company following two different routes:

To be able to move in total autonomy during the tour we rented a car.

Where to stay in Carloforte

In Carloforte, we stayed in a family managed hotel, the Hotel Paola. It is only two kilometers from Carloforte.

It is a simple rustic property, overlooking the sea and surrounded in a beautiful natural scenery.

Amazing view from the rooms and restaurant, located in a scenic terrace.

Here below you can check the best rates and availability:

What to see on the San Pietro Island, our itinerary

Transfer to the San Pietro Island

At 13.30, we left Portovesme and after about 40 minutes of navigation, we docked on Carloforte pier, just in front of the statue of King Carlo Emanuele III di Savoia.

Our hotel is located a few kilometres far from the city center, in the village of Taccarossa.

The simple building is immersed inside a peaceful oasis of nature and relax.

A little further, in La Punta, there is the tonnara (tuna fishery) complex.

We arrived there in a few minutes, driving through an area of white houses with the properties bounded by dry stonewalls.

Courtyard adjacent to the old Tonnara

Some buildings of the tonnara are still under construction, while others are closed and in an abandoned state.

We crossed the courtyard between the old wooden boats and nets stacked in untidy piles and reached the pier.

When we arrived, the fishermen were unloading the catch of the day, under watched by the officers of the harbour master’s office.

The big red tunas are stored on an iron cart pulled by a tractor and transported inside the buildings for processing and conservation.

Since the world is small (as they say), among the small crowd of sailors, fishermen, workers and employees we met Marco, a Friulian like us, who lives no more than 15 kilometres from our hometown.

He was here for work and told us he is a manager of the company, which buys almost all the tuna caught in this tonnara.

We headed back to Carloforte at sunset. We stopped a few minutes in Piazza Repubblica.

It has a square shape and near its vertices, there are four large plants (three of them are definitely magnolias) around which iron benches have been placed in circle.

Piazza Pegli was crowded too, even if people did not stop there because there were no spots of shadow.

Before ending the day, I wrote down a few brief historical notes on the island.

In 1738, it was colonized by the inhabitants of Tabarka, a Tunisian island which was at that time a Ligurian colony owned by the Lomellini family, then lords of Pegli.

The reasons that pushed the tabarkini people to leave the island were mainly the coral reefs impoverishment and the limited extension of the island itself, which was no longer able to meet the needs of a population in continuous growth and defensible from pirate raids.

Known the intention of King Carlo Emanuele III° to repopulate Sardinia, they took the opportunity to leave Tabarka and settle here in San Pietro.

What to see on the San Pietro Island

From the large windows of our hotel’s dining room, the view spans from the valley to the sea.

Just below us, there is a garden of olive trees, lemons, cacti, oleanders and beautiful blooming lilac bougainvilleas.

In the distance, in backlight, we glimpsed a ferry shuttle that connects the island to Portovesme.

The placid sea reflected the sun’s ray and the hills surrounding the Sulcis coast on us.

Lighthouse and belvedere of Capo Sandalo

In the morning, we planned the trip to Capo Sandalo.

Just outside the village of Carloforte, we took the road that cuts the island horizontally in two parts and after about ten kilometres, we arrived at the lighthouse.

We parked the car on a clear space and from there we walked on a nice paved path towards the belvedere.

There were very few people at that time and this allowed us to sit on the rocks and estrange from everything.

We perceived only the gusts of the wind and the cries of the seagulls, which found shelter on the cliffs below us.

Not far from there, lives a colony of queen hawks.

These are certainly the windiest areas on the island and consequently the vegetation is affected: there are just Mediterranean species, such as cistus, rosemary, cactus and euphorbia.

Another path allowed us to descend quite easily down to the sea.

Before returning to Carloforte we stopped on the beach of Cala Fico and then in the old saltpans, where we found some pink flamingos.

The sirocco wind in the meanwhile continued to blow hard, but the sailors had already announced that tomorrow would turn in mistral.

We spent part of the afternoon in one of the most beautiful south coast beaches: La Bobba.

From the parking lot in front of the beach, a paved path starts which in a ten-minute walk leads to Le Colonne, two stacks surrounded by white foam produced by the breaking waves.

The famous Columns of Carloforte

The town of Carloforte is well cared, with palm trees and blooming bougainvilleas on the seafront.

The attractions are not only concentrated in the historic center but also on the suburbs, which, however, are easily accessible through pleasant walks.

The facades of the houses are pastel colored, the window shutters are made of wood while the doors (always made of wood) on the balconies are called galaie.

From the waterfront, there are narrow uphill alleys that spread in the ancient village.

The church of San Carlo was waiting for the faithful believers in pre-religious celebrations.

What to see on the San Pietro Island

We opened the windows of our bedroom and we immediately realized that the sailors were right.

A cool mistral breeze bleed into our room. The structure that hosted us is a family-run business and located in a charming position.

One of the owners explained us that thanks to tourism they work from May to October, then during the bad season they dedicate themselves to the arrangement of the garden and infrastructure.

Meanwhile, the wind, even if annoying, has the advantage of expanding the scent of the Mediterranean scrub, while the chirping of birds produces relaxing melodies.

The seafront of Carloforte

Our two-day itinerary to discover the things to see on the Island of San Pietro ended here.

If you have a few more days, you can explore the area following other hiking trails or you can enjoy your holiday in complete relaxation on the beaches of the island.

The ferry slowly moved away from Carloforte, the palm trees on the seafront became smaller and smaller, the Island of Ratti and the Island Piana slided alongside us.

Although the sea was rough, navigation was not affected that much.

In the early afternoon we arrived in Teulada and begun to discover the landscape and the beautiful beaches located on the southern coast of Sardinia.

What to eat in Carloforte

During our tour on the San Pietro Island we relied on packed meals for half-day snacks, while in Carloforte we had dinner in two restaurants that even after many years we still feel to recommend:

Boats moored in the marina of Carloforte

You cannot leave the island before having tasted the typical local dish, a delicious roasted carlofortina tuna.

Here is the recipe:

Wash the tuna and dry it well. Fry in a large pan (lightly floured) in plenty of oil until it turns golden brown.

In a separate pan, place the fried tuna in a little oil in which you will have the crushed garlic cloves golden.

Let the tuna flavour and add half a glass of white wine and allow it to consume for a few minutes. Add the sauce, some bay leaves and a few tablespoons of white vinegar.

Allow evaporating and leave to absorb everything in the cooking sauce with a half-closed lid. 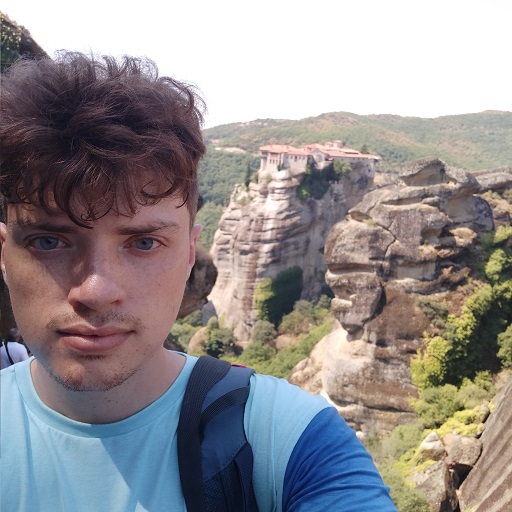 What to see in Val d’Orcia in two days, complete itinerary

The best things to do in Bellagio, Italy

Trip to Levanzo Island, Sicily: all you need to know before the departure 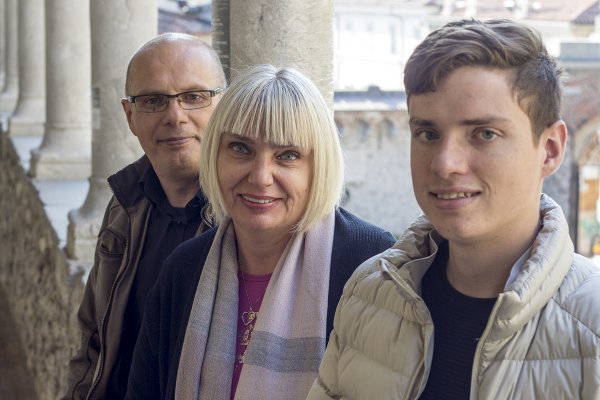